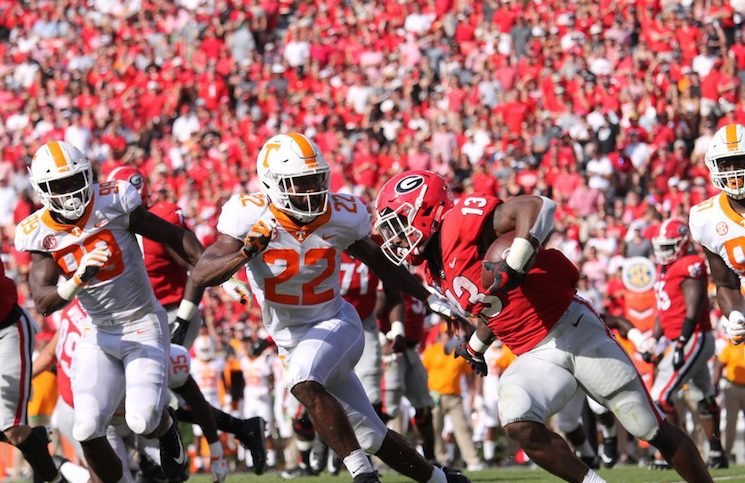 Injured Vol will be “Game-Time Decision” vs. Kentucky

Jeremy Pruitt said on Monday that one injured Vol will be a “game-time decision” for Saturday’s game, and another Vol will begin practiceing this week.

Several Vols spoke to the media on Thursday about how fall camp is going so far and the differences between the team now and in the spring.

Some of the Vols’ leaders on the roster didn’t allow Vanderbilt players to plant their flag at midfield in Neyland Stadium after the game.

Vols To Be Without Several Players For Spring

As Tennessee continues to recover from an injury-plagued 2016 season, at least eight players will miss all of spring practice due to various injuries.

Butch Jones called Micah Abernathy with some good news earlier this week after the sophomore broke a school record Saturday.

Several Records Broken for Vols at Battle at Bristol

Several records were broken during the Vols’ 45-24 victory over Virginia Tech at the Battle at Bristol.

The Best and the Worst in UT’s Opening Game

The best and worst performances from Vols players in Tennessee’s opening 20-13 overtime victory over Appalachian State on Thursday.

Previewing the deep, experienced, athletic and versatile secondary for the Vols in 2016.

A closer look at the defensive signees the Vols added on National Signing Day Wednesday.