Missouri head coach Eli Drinkwitz is well aware of the challenging task at hand this weekend for his Tigers. AP No. 5 Tennessee is eagerly waiting to get back on the field after suffering their first loss of the season next weekend. And it will be Drinkwitz and the Tigers that the Vols will be […]

When Josh Heupel was brought in to be the next head football coach of the Tennessee Volunteers, it was a signal that change was coming to Knoxville. Jeremy Pruitt’s defensive mindset was gone, and in was Heupel, one of the offensive leaders in college football the last few years. Through just four games of the […]

No. 21 Vols lead from start-to-finish, beat Missouri in home opener 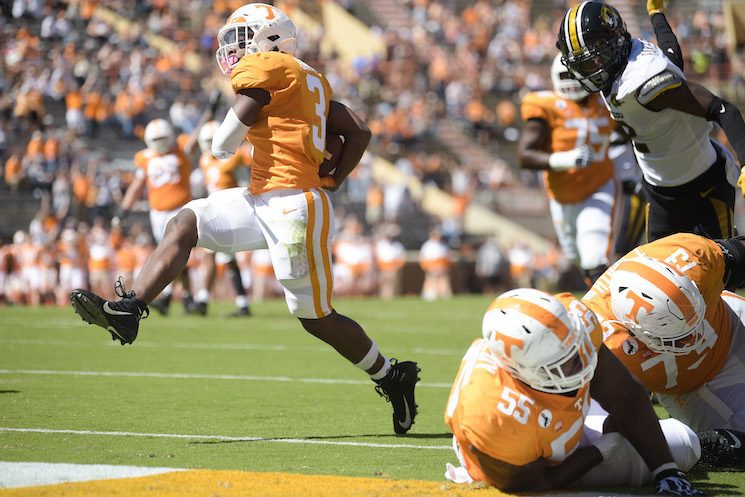 The 21st-ranked Vols remained undefeated on the young season with a 35-12 win over Missouri on Saturday afternoon inside of Neyland Stadium.

The baseball Vols dropped a crucial series to the Missouri Tigers after giving up a seven run lead in Game 3 of the series on Sunday.

The No. 10 Lady Vols fell to Missouri in their SEC home opener after getting a win on the road to start conference play last week.