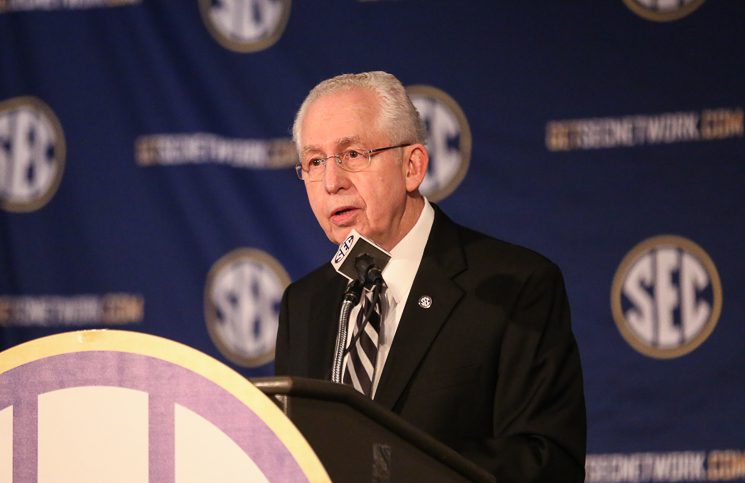 HOOVER, Ala. – Tennessee whisked into town Tuesday morning, spent approximately five hours at the Hyatt Regency doing interviews for hundreds of media members in internet, print, radio and TV and headed out in the afternoon.

We have complete team coverage from the day:

Houston Kress took a big-picture look at Butch Jones and how far he’s come and what he still has to accomplish as he enters his second SEC Media Day as a head coach: https://www.rockytopinsider.com/2014/07/15/butch-jones-confident-approach/

Houston also looked at Mack Crowder and the development of a young offensive line that will get its chance to prove doubters wrong in 2014: https://www.rockytopinsider.com/2014/07/15/crowder-o-line-ready-opportunity/

Daniel Lewis looked at Tennessee’s summer workout that was filled with PR bells and night runs at Neyland: Stadium: https://www.rockytopinsider.com/2014/07/15/vols-give-ringing-endorsement-summer-work/

Reed Carringer caught up with a healthy and hungry Curt Maggitt: https://www.rockytopinsider.com/2014/07/15/curt-maggitt-reckless/

And though most of your (and our) attention was on Tennessee today, there were some memorable moments from South Carolina, Texas A&M and Mississippi State as well. Houston recaps the memorable moments you might’ve missed from the Gamecocks, Aggies and Bulldogs:

On how he plans to prepare for Texas A&M – “Oh, you prepare for them about the same way you prepare for all of them. We watch a little tape of their games last year, try to generally get their scheme of things, this, that and the other.”

On the new Alamo Trophy, awarded to the winner of South Carolina vs. Texas A&M – “I heard about it. Read about it. Didn’t know it’s official yet. I’m actually from Tennessee. I always was taught the hero of the Alamo was Davy Crocket, so this was a new one on me.”

On Alabama’s continued success in recruiting – “But at Alabama they just keep signing them (top classes) year after year after year. It’s amazing. I give him credit for it. They do it the right way. He runs a good program. It’s just amazing to me how they’ve been able to stack and keep loading up players every year.”