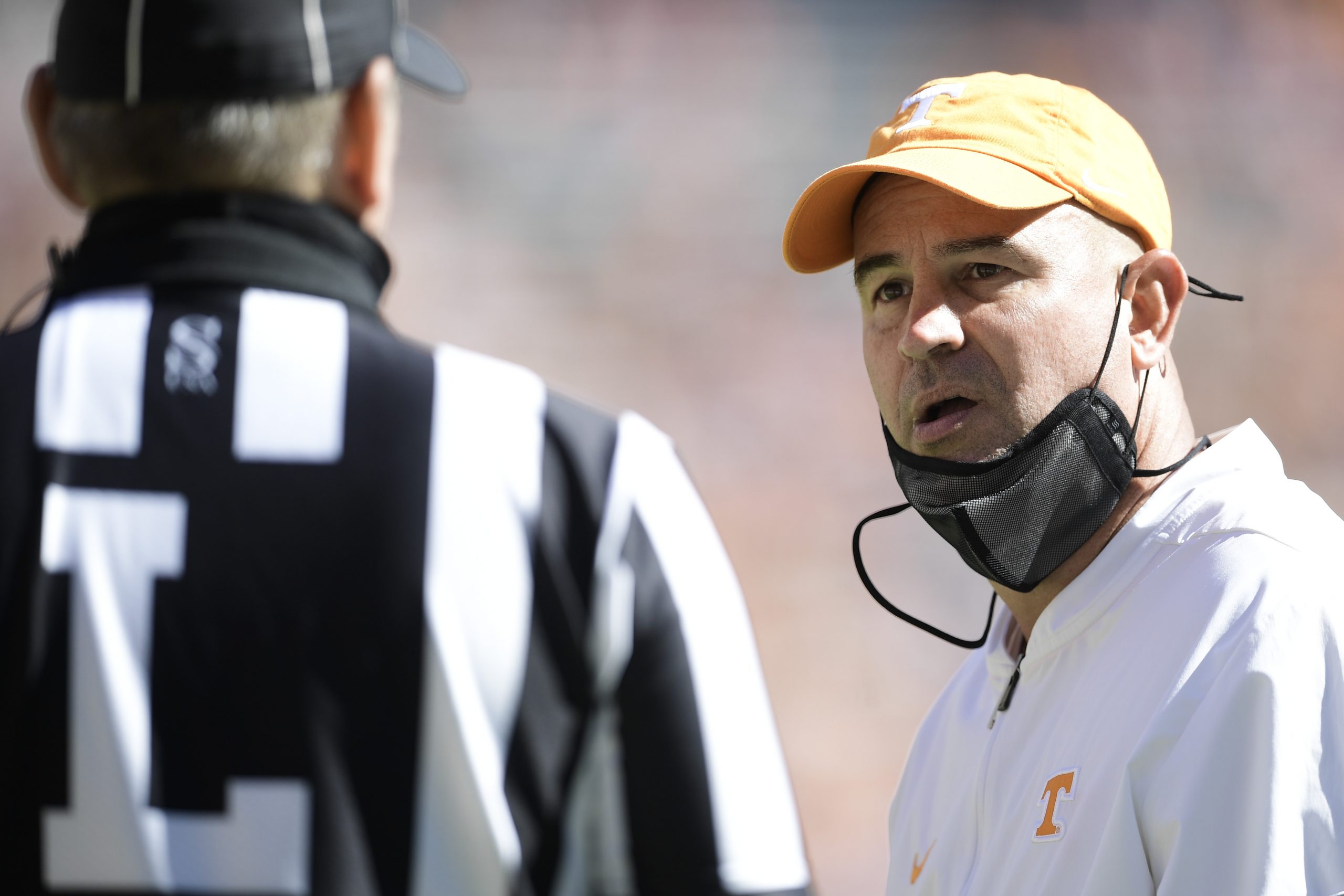 It was reported on Sunday night that Jeremy Pruitt had made a surprising decision to fire Tennessee defensive line coach Jimmy Brumbaugh. Pruitt confirmed the reported on Monday afternoon during his weekly press conference, citing “philosophical differences.”

According to a report from Kentucky Sports Radio, however, Pruitt made the decision to fire Brumbaugh during Tennessee’s 34-7 loss to Kentucky, not after.

“A source close to the UT program tells KSR that Tennessee head coach Jeremy Pruitt fired assistant coach Jimmy Brumbaugh during the game on Saturday,” KSR writer Zack Geoghegan wrote. “Pruitt let Brumbaugh go while the game was still being played, confirming it after it was over.”

Brumbaugh’s firing came just four games into his tenure with the Vols. Pruitt hired Brumbaugh to his third-year coaching staff following the departure of Tracy Rocker, who is now at South Carolina in the same role.

Tennessee’s defensive line has struggled through four games this season. The Vols are allowing 148.75 rushing yards per game, eighth-most in the SEC.

Brumbaugh signed a two-year contract with a base salary of $650,000. The buyout consists of the remaining base salary, but would be mitigated by any potential salary he would make at a new job.

The 43-year-old coach is credited with having developed several future NFL draft picks along the defensive line. At Kentucky, he coached Bud Dupree and helped turn him into a first-round draft pick by the Pittsburgh Steelers. He also coached Za’Darius Smith at UK, who was selected in the fourth round of the 2015 NFL Draft by the Baltimore Ravens.

All in all, four of Brumbaugh’s defensive linemen earned All-SEC honors while at Kentucky.

While at Syracuse, Brumbaugh coached Chandler Jones to All-Big East honors, and Jones was taken No. 21 overall in the first round by the New England Patriots in the 2012 NFL Draft.

Brumbaugh coached under Les Miles at LSU as a strength and conditioning coach from 2006-07. There, he helped the Tigers win a national title.

As a player, Brumbaugh was a starting defensive lineman at Auburn. The Gainesville, Florida native played for the Tigers from 1995-99 and started 44 games, recording 291 tackles and 15 sacks. He was a Freshman All-SEC selection in 1995 and was voted a Second Team All-SEC lineman in 1996 and a First Team All-SEC performer in 1997.