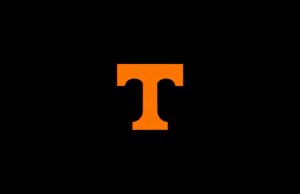 Tennessee and Florida will face off for the 51st time this Saturday night in Gainesville.

However, on the night before the Vols’ SEC opener, the Tennessee creative team dropped a hype video to look back on the first quarter of the Tennessee season. All three of the games took place in Knoxville, with the Vols’ finishing the stretch 2-1. Tennessee took care of business with their season opener against Bowling Green. The Vols were dominant against the Golden Eagles, winning the game 38-6. The Johnny Majors Classic made its debut in week two when Tennessee hosted Pittsburgh. The Vols lost to the Panthers, 41-34, also losing starting quarterback Joe Milton III due to injury.

Tennessee did manage to bounce back in a big way in the final game of their opening home stretch. The Vols pitched a shutout against Tennessee Tech, winning 56-0, finding their first four turnovers of the year in the process.

Now, Tennessee will turn their attention to a stout Florida team under the lights. The crowd will be a factor, roaring behind the Gators’ second-ranked rushing attack. Florida is boasting 336 yards on the ground per game. However, on Saturday night, they will be running into the strength of Tennessee’s defense. The Vols defensive line currently grades out as the third-highest graded line in the nation according to Pro Football Focus.

Florida (2-1) will host the Tennessee Volunteers (2-1) this Saturday night in Gainesville. For more information on the game including viewing options, key statistics, and odds, click here.

You can check out Tennessee Football’s hype video below.