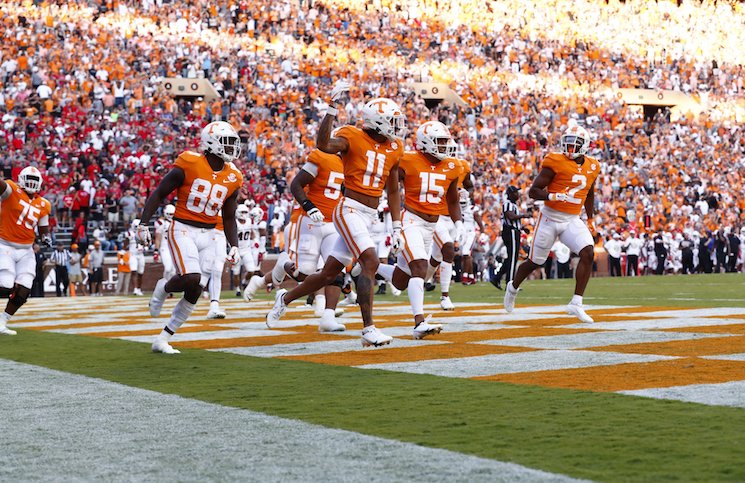 Tennessee football has had a completely different vibe around the program ever since Josh Heupel took over as head coach in January 2021.

Fifteen games into Heupel’s tenure in Knoxville, the Vols are moving in the right direction. Tennessee landed in the top 15 of this week’s AP Poll, the Vols highest ranking since the COVID-19 impacted 2020 season and the 2016 season before that.

Tennessee is still far from perfect, but the needed energy level and effort is rarely lacking these days in Knoxville.

But why do Tennessee players play so hard for their second year head coach?

Hyatt had a limited role in his first season under Heupel, catching 21 passes for 226 yards and two touchdowns. Those numbers were nearly identical to his freshman season stats under former coach Jeremy Pruitt.

The opportunity to replace Jones’ production drove Hyatt this offseason, and the way Heupel utilized Volunteer receiver’s skills gave Hyatt an abundance of trust in his head coach.

Two games into his junior season and Hyatt is playing at the highest level of his whole career. Hyatt caught a team-high 11 passes in the Vols’ win at then-No. 17 Pitt and has 101 yards and a touchdown two games into the season.

Hyatt and the Vols look to continue their strong start to the season Saturday when they host Akron at Neyland Stadium. Kick-off is at 7 p.m. ET with the game streaming on the SEC Network Alternate Channel and ESPN+.