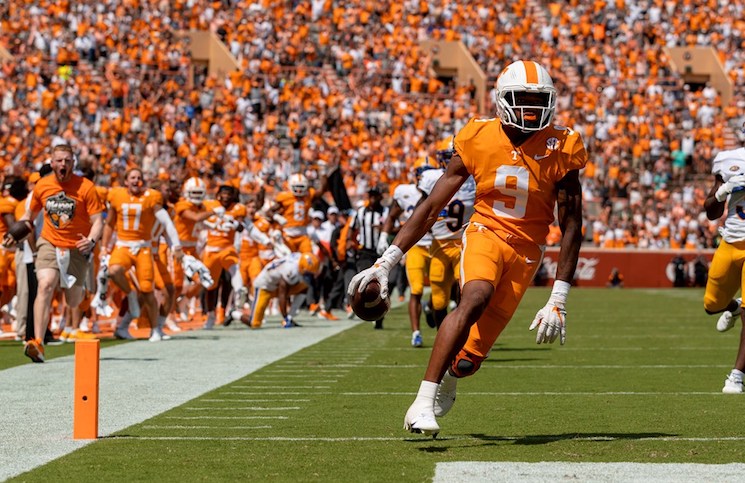 Officials ejected Calloway from Tennessee’s game against Akron after punching a Zips’ defensive back in the helmet four times.

“Just disappointing because it takes away from the rest of the football game,” Tennessee head coach Josh Heupel said postgame. “It’s not who we are and what we stand for in any area of our program. He’s (Calloway) disappointed, too. In what happened. Teachable moment for everybody. Can’t do it. We’re not going to be able to do that and beat good football teams here as we get into conference play. You can’t do anything that takes away from the team, that hurts the team.”

According to Hyams, the SEC will not enact any further punishment on Calloway and the junior receiver will be permitted to return in the second half against the Gators.

“The SEC supports the decision of Tennessee for a first-half suspension and will take no further action,” SEC media relations’ Herb Vincent said.

More From RTI: Enjoy The Eyes Of College Football World On Tennessee

Calloway is a back up slot receiver with two catches for 20 yards this season and nine catches for 124 yards in his collegiate career.

Tennessee could throw Calloway into a larger role this week with star receiver Cedric Tillman questionable for Saturday’s game against No. 20 Florida. Tillman suffered an injury during the first half of Tennessee’s, 63-6, win over Akron.

If Tillman is unavailable, Jalin Hyatt could slide outside and Calloway — or freshman Squirrel White — could see a larger role in the slot.