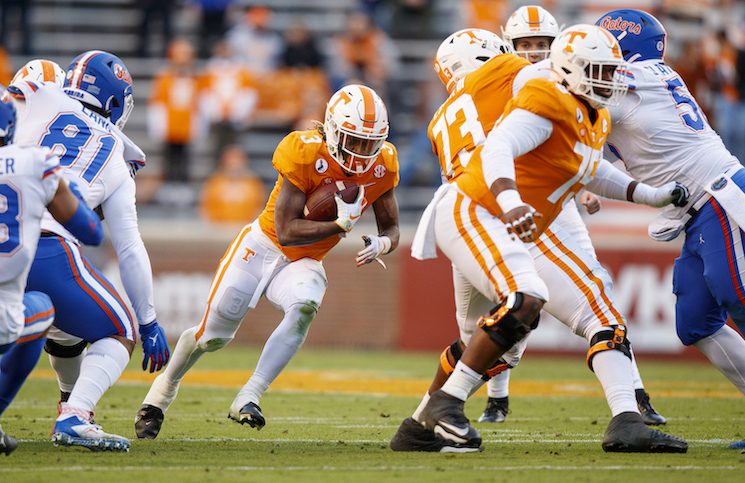 Tennessee 4-star commit Kamar Wilcoxson doesn’t think too highly of Florida and other teams that have taken shots at the Vols during their recruiting run.

Well, the 2015 regular season is officially over for the Tennessee Volunteers. And after handling business against Vanderbilt Saturday night, Butch Jones has turned the Vols into an eight-win team with a respectable bowl bid likely on its way. One would think if Tennessee can find a way to win its bowl game, a 9-4 […]

There are probably a million reasons to dislike Oklahoma, but here are five to get you started.