Weekly Column: The State of the Vols 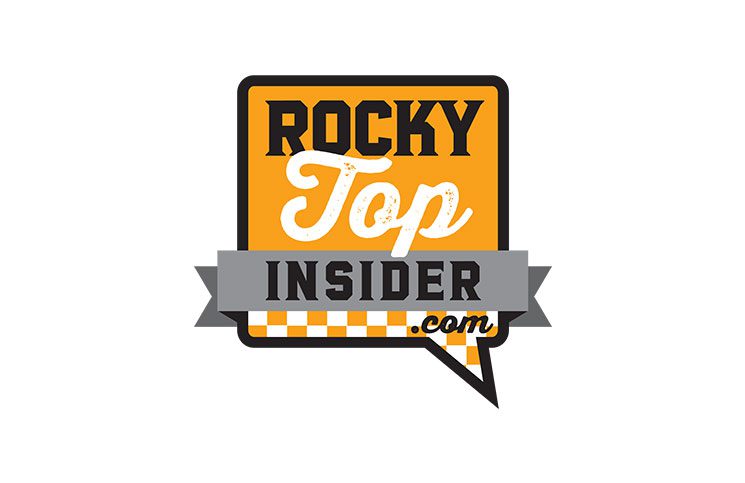 Welcome to a new weekly column, The State of the Vols, which will be published every Monday morning. We’ll use it as a tool to update you on team news and the latest recruiting info all in one convenient location.

While news on the hoops front has been minimal, that doesn’t mean the Vol basketball staff isn’t hard at work. The coaching staff is on the road right now, combing the country for future Vols. As things begin to clarify on the recruiting front in the coming weeks, we’ll start building profiles for some of Tennessee’s top hoops targets – so keep an eye out for those.

On the team front, the Vols are focusing intently on strength and conditioning as the summer winds down. Though the Vols certainly had a solid strength program under Cuonzo Martin, they’re being pushed to a different level by new strength coach Todd Moyer. That’s great news for a team without anyone listed over 220 pounds at present. Armani Moore, Tennessee’s 6-5 junior guard, is currently their second heaviest player at 215 pounds. He’ll see some time at the four this season – a position he played very well late last season. Speaking of Moore, he has really been standing out the past few weeks and looks primed to put forth his best season as a Vol.

Josh Richardson, Tennessee’s leading returning scorer, is also putting together a nice summer. He showed late last season that he has the ability to carry the team on both ends of the floor and the coaching staff needs him to step up his game this year. Newcomer Kevin Punter has also impressed in recent weeks. He has the potential to be a dynamic scorer and he’s off to a solid start on Rocky Top.

In fact, we’ve heard nothing but positive things about all six new Vols currently enrolled with the program. The staff has been impressed with their work ethic this summer and with their behavior off-the-court – they’re all polite young men who have been working hard in the classroom.

Tennessee is still waiting on the NCAA to clear Detrick Mostella, an explosive guard, for enrollment. The NCAA is famous for dragging its feet in these cases, but things continue to look positive on the Mostella front.

On the clearance front, Mike Slive‘s decision to deny Eric McKnight’s graduate transfer waiver was a big blow last week. We tried to corner Slive about McKnight’s waiver during SEC Media Days last week, but he wouldn’t bite. McKnight would likely have started at center for the Vols this year and UT isn’t likely to fill his roster spot. That’s not to say they aren’t looking at JUCO big men around the nation, but it’s so late in the process that finding someone with both the ability to help out immediately and the academics to get into school may not be realistic.

On a positive note, we’ve been extremely impressed with the determination of this staff to engage the fanbase and the community. Tyndall and Co. are working exceedingly hard, both publicly and privately, on new ways to connect with Vol fans. We’ll share some details with you in the coming weeks, but rest assured that it’s clear they’re focused on engaging Vol nation in ways we haven’t seen in ages. Remember – Tyndall went 15-0 at home at Southern Miss last season thanks in large part to winning over the fans with his considerable involvement in the community.

The Vols are in the home stretch of summer workouts as the start of camp is coming up on the horizon.

It’s been a summer of growth for a team that will have nearly half of its roster playing college football for the first time. The PR (personal record) bell has been ringing in the weight room at an all-time high rate, according to several players, and night runs at Neyland Stadium – sometimes lasting past midnight – have been some of the most memorable team-bonding moments.

Justin Worley continues to have a lot of momentum in the quarterback race. Count Archie Manning and NFL draft analyst Michael Detillier among those who were impressed with his work at the Manning Passing Academy. And while it’ll be open competition primarily between Worley and Joshua Dobbs this fall, Worley should clearly come into camp with some added confidence in 2014 due to his strong summer.

Tight end A.J. Branisel has been medically cleared after an offseason that included an ACL surgery, an additional knee procedure and some work on his shoulder. That’s good news for a team that ran into some bad luck at tight end last year. Down to basically just a limping Brendan Downs at times, the Vols were almost playing 10 vs. 11 in some situations. A healthier Downs and Branisel and the addition of Daniel Helm and Ethan Wolf give that position a chance to be among the most improved in 2014.

Speaking of positions hit hard by injury last season, the Vols have officially added a couple of notable walk-on quarterbacks in the past couple weeks. Mike Wegzyn and Devin Smith are both on campus and while the battle for the fourth-string QB job might sound incredibly trivial, consider that the Vols were down to their fourth at times last year and were very close to needing a fifth. Now throw in an inexperienced offensive line and it’s easy to see why the Vols will want to have plenty of options.

Wegzyn, a former Knox Catholic standout, joins the team as a walk-on transfer from UMass, where he appeared in 21 games and threw for nearly 2,500 yards. He’ll be eligible immediately as a graduate transfer. Smith, a product of Knoxville’s Grace Christian Academy, joins the program after receiving attention from multiple FBS programs and turning down some lower-level scholarship opportunities.

As camp approaches, one player virtually every player and coach is excited to watch return to full speed is Curt Maggitt. He could see situational work at linebacker, but expect him to play with his hand in the ground for much of the season. When asked by RTI about his health, his eyes lit up and he said he feels the best he has since high school. And while D-line is an adjustment for him, he did begin working there on the scout team as he rehabbed in 2013, so this is a move that’s been in the making. Maggitt, like fellow SEC Media Days reps A.J. Johnson and Mack Crowder, have had their finest summers in the weight room as well – each one setting multiple PRs.

Finally on the team front, it should be noted how impressive the legacy freshmen were when they met with the local media last week. It was a wise PR move on UT’s behalf to get them in front of reporters – all six were mature beyond their years and clearly understand the job they have to do and the expectations of them. Be sure to read our stories on Dillon Bates, Elliott and Evan Berry, Vic Wharton and Todd Kelly Jr. if you haven’t yet.

That’s not to say anything about how they’ll actually perform. We’ll start judging that in less than two weeks, but in terms of how they look physically and how they represented the team, they’re off to a great start.

The Vols had an absolutely huge weekend on the recruiting trail as they picked up four commitments on Saturday – two each for both the 2015 and 2016 class. This was Tennessee’s second ‘Orange Carpet Weekend’ of the summer and the Vols have picked up four commitments during each of them – quite the success rate. The mastery of these weekends lies in the fact that many players currently committed to the Vols make their way back to Knoxville to spend the weekend with the recruits – exactly what Butch Jones and this staff want. There is no doubt that Jones has a design to these weekends and when he wants certain players to announce their commitments.

For a list of visitors this weekend, check out Reed’s weekend update.

Brentwood Academy’s 4-star offensive tackle Ryan Johnson got things started early on Saturday when he committed on a Nashville radio show. Johnson was not in town for the Orange Carpet Weekend, but there is no question that his commitment was coordinated to keep the recruiting buzz focused on Knoxville all day.

The Vols also emerged as clear-cut leaders for Rasool Clemons and Emmanuel Olenga, so they will be names to keep an eye on in coming weeks.

The 2015 class now sits at 22 commitments, but they are still heavily involved with many prospects. It’s very early in the process, but it is clear that everyone currently committed for 2015 will not sign with the Vols in February. There will be players that look around, players that are likely asked to look around, players that will have grade concerns…etc. Remember names like Kevin Mouhon, Lawrence Lee and Brandon Powell from last year – players who were once committed to Tennessee that ultimately signed elsewhere. Things change rapidly in recruiting but everything will work out. Don’t underestimate the planning and preparation this staff puts towards recruiting – there are no accidents.

One of Tennessee’s top targets at defensive tackle committed to Florida State this weekend, but that may actually mean good news for the Vols. JUCO tackle D.J. Jones gave his pledge to the Seminoles on Sunday after naming the Vols his leader in June. This corresponds nicely with the growing buzz that Tennessee may soon be receiving a commitment from Shy Tuttle, who is scheduled to announce his choice in August. D.J. Jones is certainly a quality player who would have been expected to provide reps immediately next season, so the staff must feel very good about their chances with Tuttle and the outlook of the young players that are currently on the roster to let him slip away so easily.

The staff will likely shift their focus to players like Drew Richmond, Van Jefferson, Josh Sweat, Kyle Phillips, Quarte Sapp and Cam Ordway as they look to close out the class. At this point, Tennessee looks to be leaders or co-leaders for four or five of those players.

*The entire RTI staff contributed to this report.